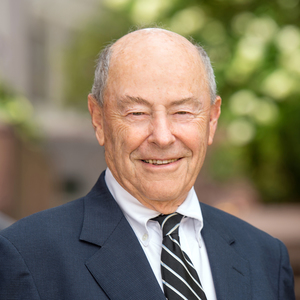 Mr. Gossels is a Master of the Superior Court, a guardian ad litem and conservator for the Probate and Family Court as well as a litigator, who has tried complex cases in virtually every court in Massachusetts. His practice is wide ranging, including matters involving personal injury, disputes involving estates and trusts, real estate, family law, school law, zoning and planning, corporate and employment law. Mr. Gossels is also an experienced estate planner, who has many years of experience drafting wills and trusts, as well as an expert in special education, municipal law, consumer law, the laws governing financial institutions, immigration and international business law.

Mr. Gossels has earned the highest "A.V." Rating from the publishers of the Martindale Hubbell Law Directory and his name has been included in Who's Who in American Law. For his other awards and distinctions, please see his website www.gosselslaw.com.

Mr. Gossels has served as the successful lead counsel in many reported cases, which are listed on his website www.gosselslaw.com.

Mr. Gossels has served the Town of Wayland in many capacities during the last fifty years. In 2011, Mr. Gossels did not seek reelection as Wayland's Moderator after 30 years of service. He is a veteran of the U.S. Army.

Mr. Gossels has contributed numerous articles to a variety of publications, some of which may be viewed at his website www.gosselslaw.com.